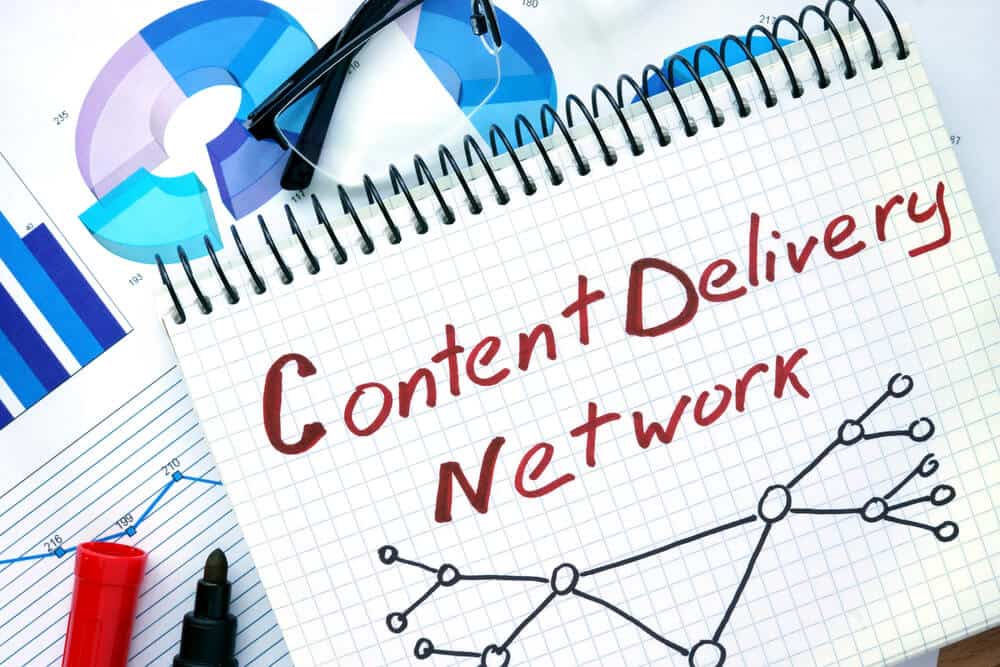 Want your website images to load super fast? If so, you'll need one of the best CDN providers, capable of serving up cached images and files from servers around the world.

If you've started a blog, you probably won't need to worry about content delivery networks, until you start to get thousands of visitors every month. Once you do, integrating a CDN is a simple process, that can dramatically increase your page load times.

Over the years, Best Five has tried and tested many different CDN providers, all claiming to be the best. Some offer Australian servers, others don't, but how do you determine the best service?

BunnyCDN is connected to most Tier 1 transit providers around the world. It has 41 data centres across 28 countries covering 6 continents, 8 of which are designated high volume with latency period of less than 30 milliseconds.

Users can monitor traffic in real time and download full raw log files, and block and redirect specific countries and IPs, all from within the Bunny control panel.

Support is available 24/7 365 days a year through email and a ticket support system. There is also a range of articles and tutorials available on the website, as well as a FAQ section and a community forum.

BunnyCDN has two pricing options available, Standard and Volume. The Standard plan is priced according to region. Europe and North America costs $0.01 per GB, Asia and Oceania is $0.03 per GB, South America is $0.045 per GB and Africa is priced at $0.06 per GB.

The Volume plan is more suitable for high traffic websites, with one global price and 5 bandwidth levels. The first 500 TB used is priced at $0.005 per GB, and rises incrementally until 2PB and up, which is priced at $0.0025 per GB.

There is a 14 day free trial available, no contracts and payment in Bitcoin is accepted.

Each server is built with advanced TCP stacks and full SSD coverage, whilst the backbone of the network is provided by Tier 1 networks, ensuring a scalable and reliable network with low latency periods.

The network is protected by a range of security measures too, such as two factor authentication, DDoS protection and security tokens. It can be integrated with a range of Content Management Systems and Frameworks such as WordPress, Drupal and Symfony.

There is a 14 day free trail available, and a minimum usage level of $4 per month. Pricing is divided by region and is based on bandwidth use. For example, the first 10TB of usage is charge at $0.04 per GB in Europe and North America, and $0.12 per GB in South America and Africa.

Dallas, Texas based Stackpath’s server network is connected by a private network backbone and has 45 locations in Europe and the US, with two in Brazil and 3 in Australia, providing total throughput upwards of 65 TB per second.

Stackpath offers instant purge features to delete content globally, as well as advanced cache management tools, which allows users to customise for how long and where content is stored.

Stackpath has one world pricing and is available in three monthly options, depending on traffic requirements.

Additional monthly bandwidth consumption is charged at $0.04 per GB up to 100 TB and $0.03 per GB thereafter. All plans have access to the full network and come with free SSL certificates.
Live chat, phone and email support is available 24/7.

There is also a system status page and extensive documentation and articles in the online knowledge base.

Beluga has 28 points of presence (PoPs) and 9 Superpops (for high volume traffic) around the world. It is a dual stack network built on Internet protocol version 6 (IPv6), allowing for high speeds and reliable service.

Accounts cost $1 a month to remain active and come preloaded with 1000GB for $10, which users then top up with the required amount of data at $0.01 per GB. Subscription plans come in Pro, Business and Enterprise levels.

All plans come with a 30 day free trial and can be cancelled any time. Support is via email, during business hours for standard plans and 24/7 for enterprise.

MetaCDN operates a multi CDN network, meaning that they distribute traffic through a combination of existing networks provided by other CDN providers, rather than purely from their own servers.

This allows users to benefit from the combined power and reliability of an aggregated network, as well a choice of server locations larger than one single provider could offer (MetaCDN have 140 PoP around the world).

The networks are continually monitored by MetaCDN, with traffic routed through which ever CDN is going to be fastest at the time for the end user, and if one CDN network goes down, traffic is automatically routed through another one, giving a guaranteed 100% uptime.

Additional features include Quick Purge, push and pull capabilities, daily usage and performance reports and integration with a host of CMS and ecommerce platforms including WordPress, Drupal and Magento.

Support however consists of just an online form and some articles, with no live chat or email support available.

There are three plans available – Basic, Lite and Pro. Basic is priced at $20 per month, and gives access to 40 PoPs, whilst the Lite plan costs $50 per month and the Pro is $100 per month, which comes with all features and access to the whole network.

What is a CDN provider?

A content delivery network is a series of geographically distributed servers that work together to provide faster delivery of content such as images, videos and core website files, i.e. CSS files.

CDN's usually crawl your website and cache a record of something that changes infrequently such as content files. They'll store a copy on various servers around the world.

When a visitor to your website loads a page, rather than downloading the image from your web host, which might be in the USA, the image will be served up from a server closest to them, maybe in Sydney or Melbourne.

If there is no cache then the image is downloaded from the source, i.e. the US hosting server. Once a visitor loads an image not currently cached it's often then added to the cache.

Different CDN providers offer different server locations, with some focusing more in certain areas than others. Keycdn for example has an Auckland server which is good for websites with lots of New Zealand visitors, whereas other CDN's only have Sydney or Melbourne servers.

When it comes to CDN I'd say the cheaper way is to pay per GB or TB of data. There's no point paying $10 or $20 per month for Terabytes of data when you may only use a few GB.

Small websites such as ours, only use about 50GB of data per month, so we only much less than this for our CDN, so at the Bunny CDN rates of $0.03 per GB our monthly bill would be $1.50.

This is a much cheaper way of buying a CDN. You will need to topup a minimum of $10-$20 but this should last you a good few months (or years) for smaller websites.

Larger websites should consider their estimated costs as a monthly plan could work out cheaper.