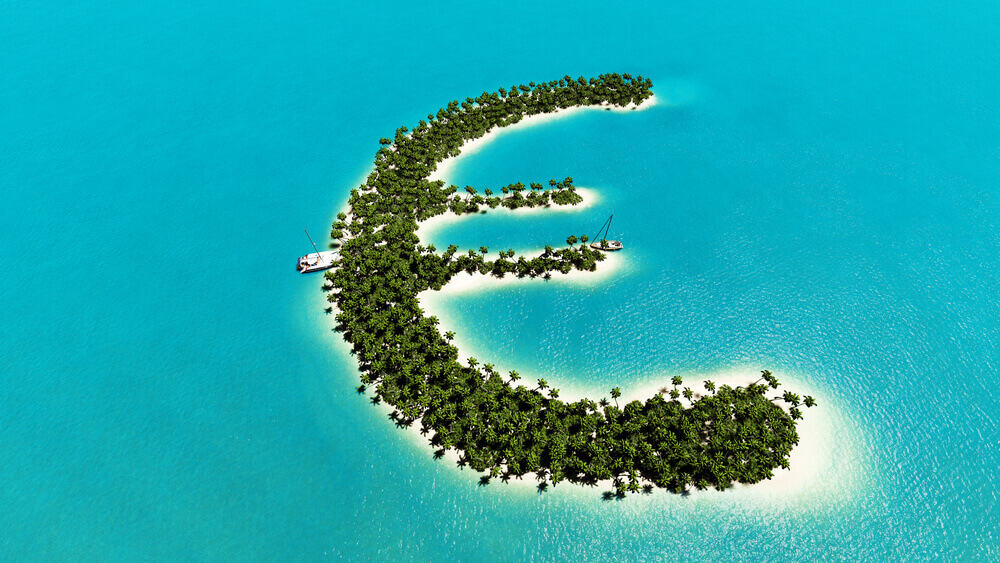 Do you want to know the best offshore web hosting providers? We've used all 5 of these companies over the last few years.

Offshore hosting means any company hosted in a foreign country to you. If you're an Australian business and choose to host your website in New Zealand, this is offshore for you.

However the term offshore hosting typically refers to web hosting that has no restrictions. You can host whatever you want, and it's nearly impossible to take down. DMCA does not apply in these countries and copyright laws don't apply either.

Want to host a website with banned content/images? Want freedom of speech without fear of defamation lawsuits? Want to store that free movie collection? You want to go offshore. 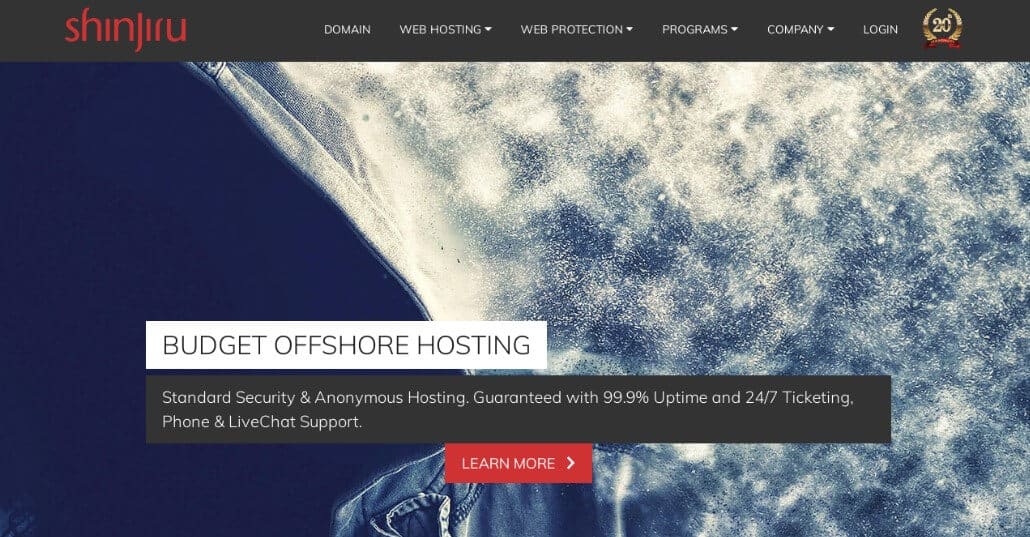 Their data centres are built with security and reliability in mind, with advanced monitoring systems to block malicious traffic and with built in DDoS protection, they can detect and mitigate any attacks in progress.

Shinjiru have three hosting subscription plans for each offshore location, and is available in both Linux and Windows versions in lengths of between 1 and 36 months. The 36-month subscription is the best value and starts at $3.95 per month for the Basic plan (versus $9.95 for the monthly plan).

There is also the Superior plan which costs $4.95 per month when purchased for 36 months, and the Ultimate plan which is $6.95 per month. Shinjiru do not offer a free trial but there is a 30-day money back guarantee and they also accept bitcoin for anonymous payments.

Established in 2012, AbeloHost is a Netherlands based hosting provider. Their servers are all in Amsterdam and operated by Switch Datacentres, a carrier neutral provider that maintain the highest data centre standards with 24/7 security and network monitoring.

And in accordance with Dutch law, Abelohost do not monitor and record any hosted data.
Their servers are run on the latest solid state drives (SSD) for faster speeds, and come with dedicated IPs and SSL certificates.

All accounts are integrated with cPanel, with a programme called Softaculous which allows one click installation of over 200 applications such as Magento, Prestashop, Joomla and WordPress.

Other features include FTP access and DNS administration, email autoresponder and forwarding, and developer features such as CloudLinux OS, PHP and MySQL.

There are four subscription plans to choose from – v1, v2, v3 and v4, each with increasing levels of webspace, bandwidth, email accounts and databases. For example, v1 costs €5.99 and comes with 50GB of bandwidth, 10GB of webspace with 10 email accounts. 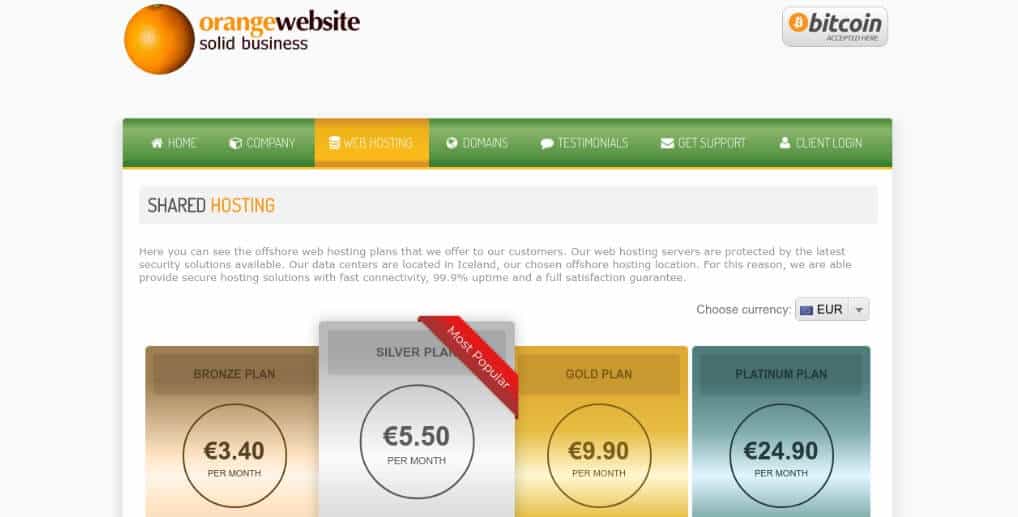 Icelandic Orange Website is a mission based offshore hoster, started in 2006 to allow anyone to publish websites freely without censorship, and is built with security and privacy in mind.

They promise to keep websites running as long as they do not contravene Icelandic law, they accept anonymous payments through Bitcoin, and the only customer information they retain is an email address.

All of their operations and data centres are run on 100% renewable energy, powered by geothermal and hydropower resources.

The servers are located in Reykjavik with a connection time of 29 Ms from Europe and 39 Ms from the US. They are continuously monitored and have advanced DDoS protection, two factor authentication, 256 bit encryption and proprietary spam filter technology.

Accounts come with a cPanel control panel with one click installation of applications and an easy to use website builder.

Founded in 2009, Koddos is another Netherlands based provider, operating a datacentre in Amsterdam and also one in Hong Kong. Both are SSAE16 compliant built using Juniper and Cisco hardware with multiple IP transit providers and are monitored 24/7 with full N2 redundancy.

And being based in the Netherlands where there are high levels of internet freedom, Koddos allows almost all content to be hosted.

Hosting features include cPanel with Cloudflare DNS management and Softaculous for easy one click installs of third party software and applications. It also comes with a Litespeed Webserver, PHP5 and MySQL5 optimisation, email accounts with email forwarding and a dedicated IP address.

Koddos do not offer built in DDoS protection but do have a range of advanced DDoS security products available to purchase separately.

Plans come in four subscription options. Mini Plan A is the cheapest at $8.95 per month, which comes with 3 GB of storage and 150 GB of bandwidth.

With its datacentre located in Sofia, Bulgaria, BlueAngelHost advertises itself as a “100% DMCA ignored” offshore hosting provider.

This means that it will not take down websites when served with a DMCA copyright infringement notice from the US, and allows a wide range of content to be hosted on its servers.

The datacentre is built using enterprise grade hardware and is fully redundant guaranteeing 99.95% uptime, is ISO certified and is monitored 24/7.

For support there is a decent online knowledgebase, as well as ticketed support and live chat through the website or Skype.

There are three plans - Starter, Business and Premium each with increasing levels of RAM, CPU speed and disk space available.

In our opinion the best offshore hosting providers are located in the Netherlands, Russia, Malaysia, Belarus and Romania. Iceland is also a great place for freedom of speech hosting, i.e. there's no laws and regulations to restrict what you can and can't say.

With that said our most recommended option is Shinjiru which is based in Malaysia and has servers in Malaysia, Russia and other offshore countries, allowing you to host whatever you want with DMCA notices being ignored.

Checkout the reviews online and you'll see a lot of negatives. These are often from those who tried to take the website content down, but Shinjiru refused to get involved, so don't run a mile when you see the negatives, they are doing what they offer and that's refusing to action on dmca notices and takedown requests.

Orange Website is a great option for freedom of speech hosting in Iceland. They are well known in their respective industry. Iceland is a long way from Australia though and your connection speeds will be a lot slower. You may want to connect Cloudflare CDN to speed up page load times.

DMCA allows a copyright holder to request removal of files from a specific web server, often without taking any action against the website owner. An example might be a file host such as Dropbox.com, which is being used by a client to store pirated movies.

The copyright holder will DMCA Dropbox asking them to remove the files from their servers. Web hosts in the United States will always respond to DMCA requests to protect themselves.

This means a copyright holder can't submit a DMCA notice to a website in that region and expect it to get actioned. Most of the time the request will be ignored, hence the name DMCA ignored hosting. Some providers do pass these notices on to the webmaster, but you won't have to take any notice of it, nor remove the files.

With that said the best DMCA ignored hosting providers are those that stay true to their word and don't remove any content and don't respond to DMCA Takedown notices.

How to Buy Anonymous Web Hosting?

Yes you can buy web hosting anonymously. The first thing to do is to find a company that is based offshore such as Shinjiru.com. Then you want to ensure they offer payment with cryptocurrency, as this will allow you to remain anonymous.

When going through the signup process you probably want to use a VPN server in another country. You'll also want to use a mailbox in a foreign country such as Moldova or Russia. You can use a service such as ClevverMail to get some address ideas, or just use Google maps.

You can create an email address using Protonmail which is encrypted, secure and anonymous based in Switzerland. They've never released any details to law enforcement.

When using your website control panel, ensure you're connected to your VPN. However as we contacted Shinjiru, they do not respond to law enforcement requests so no connection logs are provided to third parties. However for peace of mind keep that VPN running.

As most VPN providers based in offshore jurisdictions and outside of the 5 Eyes, don't keep connection logs either, allowing you to remain completely anonymously.

In terms of paying with cryptocurrency, Bitcoin is often preferred but it's not foolproof and can be traced on the blockchain, so choose another currency such as Monero or Zcash.

Now you know the best offshore web hosting providers, why not checkout these related guides: