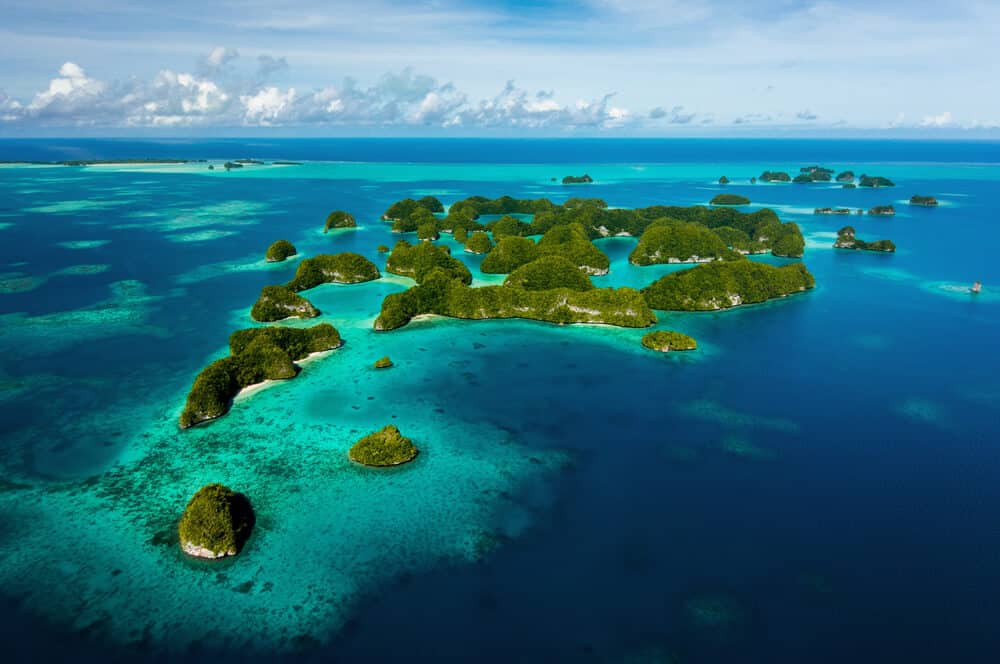 Palau offers some of the world's best diving experiences, but for those country collectors, or those looking for a luxury beach getaway, there's plenty of things to do there.

Today we'll give you some ideas on things to do in Palau, from snorkelling with Jellyfish (yes, really), to exploring WWII sites and getting off the beaten track.

Palau is one of the smallest countries in the world and is often expensive to visit, but it's definitely worth it! So pack your bags, grab your action camera and start exploring.

VIEW BEST HOTELS
In This Article:
5. Swimming at Jellyfish Lakes
4. A Trip to Peleliu
3. The Stone Monoliths
2. Ngardmau Falls
1. Diving in the German Channel

Best Things To Do In Palau 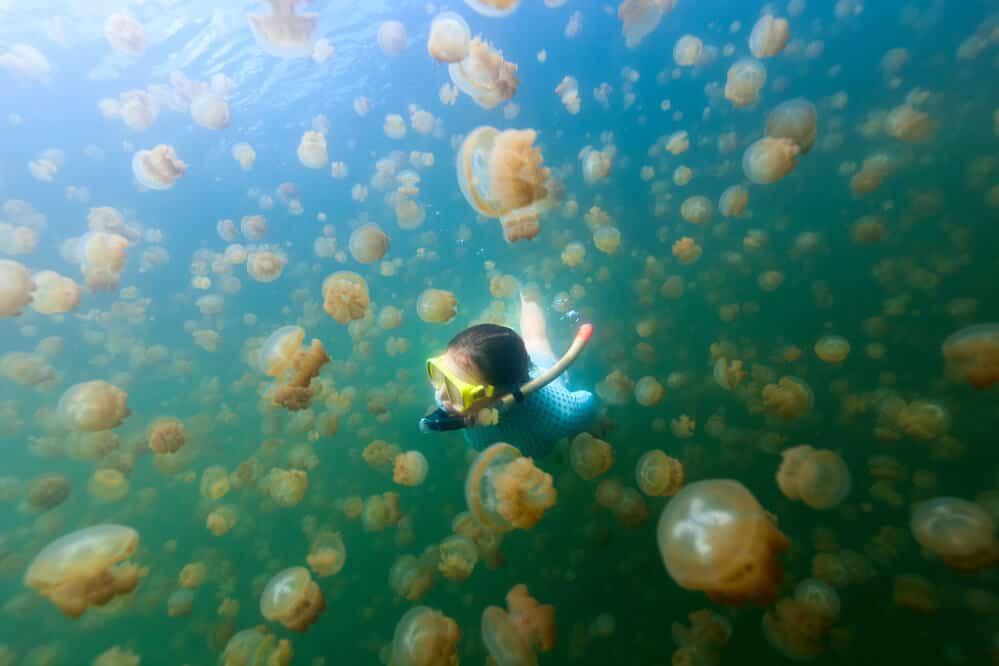 With approximately 700,000 jellyfish this experience may at first appear more like a nightmare to some - but the jellyfish have evolved to be completely harmless, no longer needing stingers to protect themselves.

This lake has recently reopened in July 2019.

The experience of having these almost alien creatures bump into you and slide past you is something that can't be experienced anywhere else.

Make sure you bring an underwater camera that can take shots underwater, also it's advisable to bring a good rash shirt, as sunscreen is not allowed due to the chemicals harming the jellies. 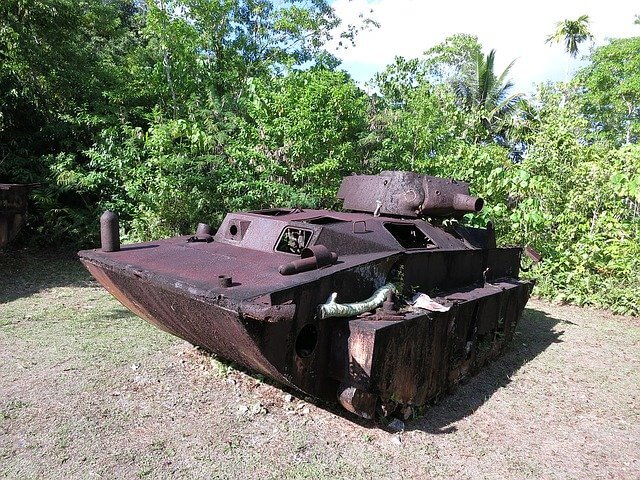 4. A Trip to Peleliu

Peleliu is an island about an hour and a half from Koror by fast speedboat. It's one of the less-visited attractions in Palau and is a site steeped in history.

Here in World War II, there was a battle between the United States and the Japanese armies. The island has been preserved as a war memorial and as you walk around you will find rusted out tanks, buildings and other war memorabilia slowly being reclaimed by nature.

There is a lot of history on this island and some spectacular photo opportunities. The caves on the island still. contain Japanese and American military equipment, and you can get a sense of just how intense the battles here were, both sides lost large numbers of men in the conflict.

In the shallow waters off the beaches, some shipwrecks that make for interesting dive sites, in fact, some of Palau's most well-known diving locations are just off the beaches here. This island is well worth your time, and respect.

When you've had enough of water and snorkeling jump on a tour bus or hire a car so you can visit the stone monoliths.

These large basalt stones have been here for thousands of years. While there are several myths and stories regarding why and how these stones came to be here no one has yet come up with anything conclusive.

On a sunny day, the view down to the water is quite spectacular and it is worth bringing a picnic lunch so you can stay awhile and soak up some of the energy that exists at this strange and mysterious place.

As this place is a bit of a drive its worth combining it with a visit to Ngardmau falls.

After a hike through the jungle which will take you down some steep steps and past some disused and abandoned equipment reminiscent of bygone eras, you will be greeted by the beautiful site of Ngardmau Falls.

If you keep your eyes open on the trek in you will be able to see the old monorail and zip-line that used to be part of a much bigger tourist attraction.

Ngardmau falls is the biggest and most spectacular of all the waterfalls on Palau. The hike is off-putting to many visitors so this place is often very quiet, unlike some of the other natural places on the islands, and it's not uncommon to have the falls to yourself.

While this is definitely not the best place for swimming in Palau, the wide overhang (approximately 120 feet), green moss behind and jungles all around make for some spectacular photographs. 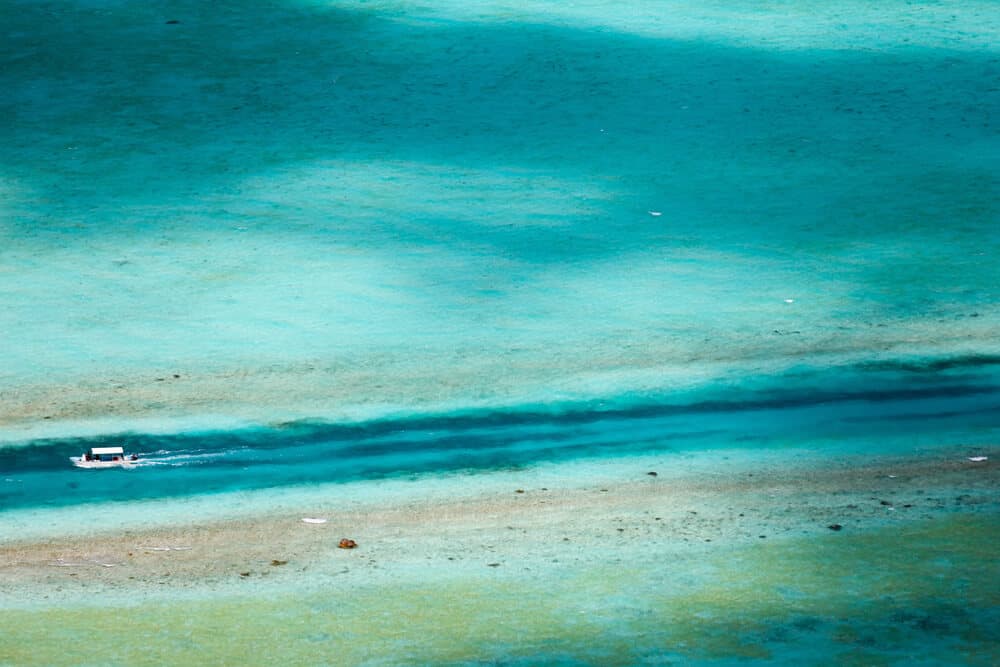 1. Diving in the German Channel

The German Channel is well known for its two Manta ray cleaning stations, those who dive here are often rewarded for their patience by the site of the manta rays queuing and coming in for their turn to be cleaned by the smaller fish.

Many people do not realize that this amazing structure is actually man-made, created by the Germans in the early 1900s to give them better access to guano (the excrement of seabirds, cave bats and seals), harvested for its phosphate content.

Regardless of its less than ideal start to life the channel is now full of healthy coral growth and supports an abundance of marine life.

How To Get To Palau?

Palau is a difficult place to visit from Australia, with no direct flights available. The capital is called Koror and this is where the main airport is.

The easiest place to start your journey is from Taipei so a China Airlines flight from Melbourne, Brisbane or Sydney direct to Taipei is a good place to start.

From Taipei there's daily services with the flight taking 4 hours.

This means flying to Palau is often quicker than flying to mainland USA. You can also fly to Palau via Manila with the last flight being operated by United Airlines and taking 3 hours.

More expensive options include a daily flight from Seoul, South Korea on Asiana or Korean Airlines. For those traveling the globe, there's also an irregular direct flight from Guam on United Airlines.

There's no direct flights from the US mainland.

Australian's can obtain a visa on arrival in the Republic of Palau for a maximum of 30 days but this can be extended twice for a low fee. Those with EU passports can stay for up to 90 days and US citizens get 1 year.

All visitors are subject to Departure Tax and a Green fee that's payable at the airport before you clear immigration at the airport. 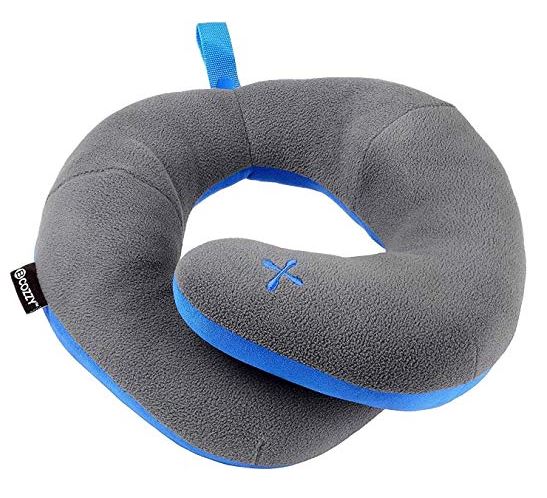