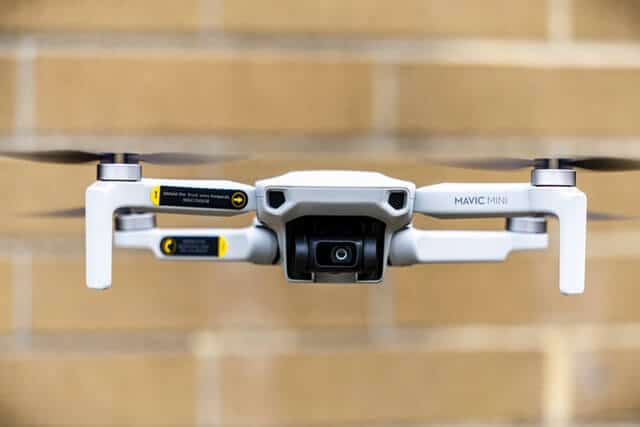 DJI's mini version of the Mavic Pro is here and at $599, it's an ultra-light entry level drone that's easy to fly, packed with features to make flying fun and has an excellent battery life.

Today you'll see our DJI Mavic Mini review and what we think of this drone here in Australia. We've purchased one for ourselves to give you the best lowdown on this latest DJI offering.

When you first unbox the Mavic Mini, you're in for a shock, it's tiny! In fact you'd be questioning whether you've bought a drone but when you start to fold-out the legs and remove the gimbal cover, you start to see something very familiar indeed, if you've followed DJI launches that is. It's the younger brother of the Mavic Pro, and it's easy to see how similar they look.

The first major difference though is the pasty white colour scheme, which takes a bit of getting use too, especially as DJI is known for their slate and grey colour schemes in recent years. When you pick it up, it feels almost like a toy as it weighs less than 200g without the battery and 249 grams when the battery has been inserted and fully charged.

DJI has taken offence to Governments around the world requiring drones over 250g to be registered before flight and decided to launch this model to combat that. However, here in Australia the CASA rules state the limit is only 100 grams which the DJI Mavic Mini exceeds, but it can definitely be handy when travelling abroad.

The Mavic Mini does feel well built though and holding it in your hand it feels expensive, but given the entry level price you'd probably expect it to be made with cheap components but from what I could see, everything was robust and sturdy. Some drones have a weak looking camera but DJI has definitely delivered here and it looks like the drone could take some punishing without breaking.

The next notable feature was the sleek handheld controller which connects to your smartphone. There's a few different models that you can buy such as those with extra batteries, training wheels or even additional dedicated controllers.

We purchased the Mavic Mini Fly More Combo which gives you double the fun with two batteries for longer flying, a battery charging case as well as a carrying case for your drone and a propeller cage to protect from any falls. This was the cheapest over on Amazon.com.au. 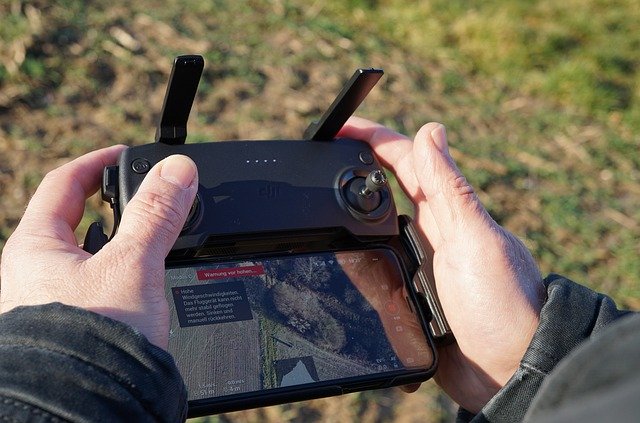 The Mavic Mini offers a lot of features for the entry level price. However there are a few limitations, such as the drone is not waterproof and the DJI Goggles cannot work with the Mini.

The drone comes with three different ways to fly, including a dedicated remote controller, a smartphone connected via the DJI Fly app or by using one of the four quick shot intelligent flight modes which currently are, Dronie, Circle, Helix and Rocket. After using all three, the Rocket is definitely my favourite as the drone comes right in over the top of you.

Like many of DJI's products, there are new firmware releases and it's strongly recommended you updated these to fix any small bugs or hardware issues. Since we've gone to print this article, there's been a few different firmware updates so be sure to update before flight.

Updating your firmware is pretty straight forward, just be sure you've got over 50% battery life so you don't brick your drone should the battery die during update. All updates are done in partnership with the DJI Fly App.

Speaking of the Fly App, this will be your best friend and if you've got a decent sized smartphone such as the latest Galaxy, Huawei or Apple phones you'll find it a breeze to use.

From here you can use the photography modes mentioned earlier, as well as setup your return to home features which come with three different options, Smart RTH, Low Battery RTH or Failsafe RTH. RTH stands for Return to Home.

One of the disappointing features I'd have loved to have seen in the Mini is the Follow Me ActiveTrack modes which are in other models. DJI claims that to add this technology would have tipped the weight over 250g which was the whole point of this drone!

Ultimately the main reason you'll probably be buying this drone is for the camera quality. There's many Chinese brands out there that offer similar products but their camera's simply can't compare.

DJI offer a 1/2.3" CMOS sensor with a 12 megapixel camera. Higher megapixels don't always mean better photos and DJI is a prime example of that. The lens is 83 degrees with an Aperture f2.8. 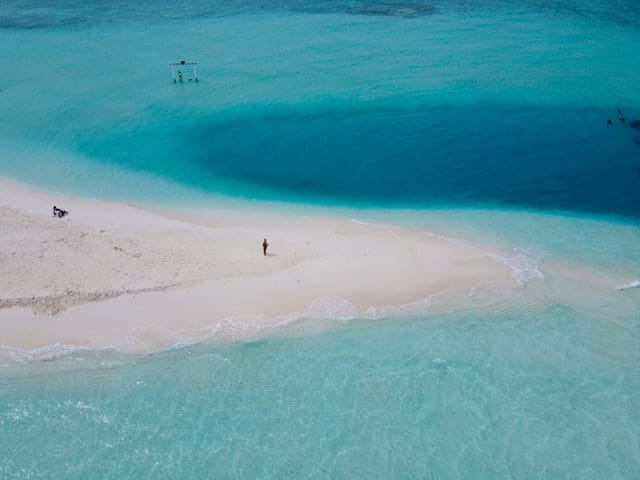 Still images are framed at 4:3 or 16:9 an videos have a maximum bit rate of 40 Mbps which means your videos will look and feel great. Photos are served in JPEG format at single shot or intervals of between 2 and 60 seconds, depending on your use case.

It's a little disappointing to see no 4K on this drone however that would have made the drone heavier and there has to be a compromise. If you're looking for 4K quality video then you'll want to go for a more expensive model. If you're a hobbyist or traveller like myself then you probably won't be able to tell the difference!

The settings are all customisable via the smartphone app.

In terms of photos, I believe the Mavic Mini delivers on both static images as well as videos. Given the price tag, many cameras out there struggle to offer as good quality.

My one complaint is if the sky is dark the photos don't come out too well. 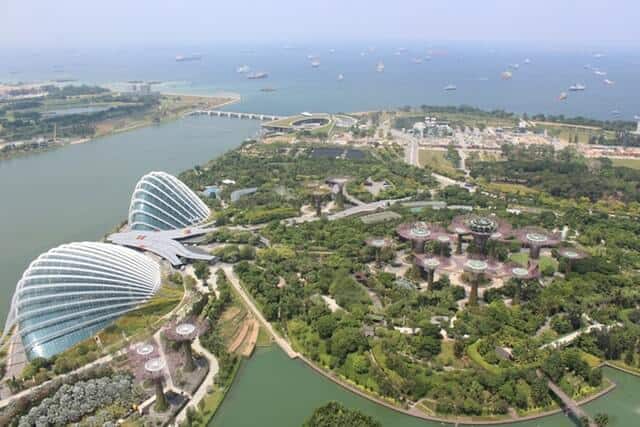 The Mavic Mini is super lightweight and I was interested to see how it would perform in windy environments. Here in Australia, wind isn't too much of an issue but in other cities such as Wellington, New Zealand or even Chicago in United States it can be.

On a normal 10-15km/h day the drone actually performed really well indeed. The positioning was great and the drone held it's ground and wasn't blown all over the show. As the wind increased it became clear that the weight ratio of the Mini was too low and a Mavic Pro or Air 2 would have been much more stable.

In terms of battery life and performance such as speed, it all depends on how you use your drone. Faster speeds, higher altitudes and 2.7K recording can all dramatically drain your battery. To get the full 30 minutes of battery life you need to fly with minimal wind at no more than 14km/h.

In terms of the top speed we were able to achieve 47km/h which is a little higher than the top end recommended by DJI. Maybe we got lucky, but getting it up to this speed wasn't actually that hard when we used the Sports mode.

The Mavic Mini comes with three different modes which include the S-Mode (Sports). There's also the P-mode and the C-mode. In terms of ascending and descending the three modes offer various rates with sports mode offering the best experience with a 42.65 feet per second rate.

That's pretty damn crazy for a drone that retails at under $600. DJI have opted for a slower descent method which should help beginners from crashing into the ground! You can expect anywhere from 3.28 feet per second to 9.84 feet per second in sports mode.

The Mavic Mini claims to offer a flight range of 6.75km which is HUGE for a drone that isn't much bigger than a kids toy. While that's the top end, it's never a wise idea to push your drone to it's limits in case it goes missing or worse, crashes into something or someone.

We managed to push ours up to 4km in a straight line with good visibility and minimal wind. In terms of height, DJI claims you can take your Mavic Mini up to 3km above sea level. It's always a little deceptive as it's not clear how high above sea level you already are. If you're new to droning you can learn more about max service ceiling here.

The Mavic Mini comes with a 2600mAh battery but unlike previous models it's pretty lightweight coming in at 100 grams so barely noticeable in your hands or on board the drone.

By default DJI claim you can get a 30 minute flight time by keeping the drone at a steady speed and at the same height. Of course no one is going to be doing that, so there's a really trick feature I like and DJI show a live countdown of the battery on the top right of the Fly App.

As you climb higher, speed up or slowdown, the battery timer goes up or down so you get an idea of how much battery you're actually using up. It's in real time too and includes mins and seconds.

I was pretty impressed with the battery given how small the drone is, and if you purchase the combo package you can get two or three batteries which can offer flying up to 90 minutes. Given how affordable the batteries are, you could buy more and combine with the battery charger.

If you want to charge your DJI batteries faster you should purchase a Mavic Mini Two-Way charging Hub which is around $59.95. 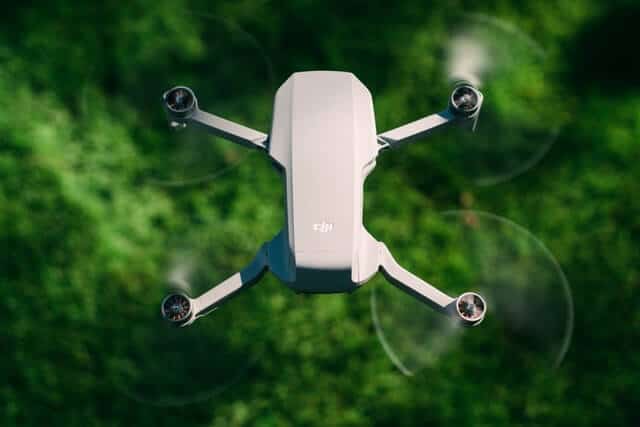 The prices seem a bit steeper in Australia than the rest of the world due to the AUD/USD rate. However the standard pricing here in Australia is $599 for the Mavic Mini drone. You can update to the Fly More Combo which includes additional batteries and accessories for $799.

You will find sites such as Amazon.com.au compete with other retailers on price and prices are much cheaper with free delivery.

Additionally with all purchases you can head over to DJI and purchase their 'Care Refresh' package which costs $59 and provides insurance for 2 replacement drones.

Currently there is plenty of availability of the Mavic Mini in Australia. 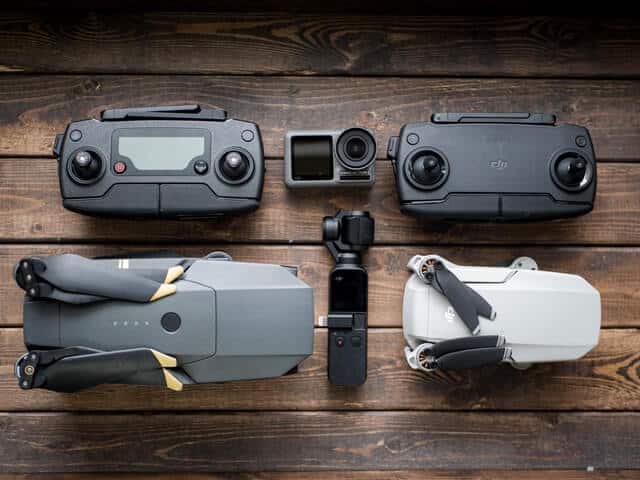 We regularly get asked which should you buy between the Mavic Pro and the Mavic Mini. Ultimately the first consideration should be your budget. These are two wildly different prices with the Mini costing a little under $600 and the Pro costing upwards of $2,350. That's a huge difference.

In terms of size, weight and robustess the Mavic Pro is far superior, but that explains the additional price. You've also got a monster camera on board that offers HDR video with 4K 10-bit support as well as a larger 1-inch CMOS sensor for four times faster response times. Both offer 40 Mbps download speed and 120 ms low latency.

The Pro offers a way better camera, faster speeds, higher altitudes and 4K video. There's also a whole bunch of other modes such as HyperLight, Panorama's, Hyerlaps and more.

The Pro also comes with ActiveTrack which allows you to follow objects such as cars and boats, or just people. You can also avoid obstacles while tracking which the Mini doesn't offer.

If you have the budget for the extra and are looking for a professional or even commercial grade drone then you'd be far better off buying the Mavic Pro 2. If budget is a constraint and you're a traveller or looking for an entry level drone, the Mavic Mini is a great starting point.