Shammi is one of Australia's biggest Youtube stars, featuring videos of him and his friends performing pranks on each other, getting on the chop every night and doing stupid things that are bound to give you a barrel of laughs.

Until recently Shammi was purely a Youtube channel offering two versions, the original which covers the pranks and Jackass style stunts, and a Shammi Vlogs, which covers more of his daily life and endless parties, featuring hot girls and lots of alcohol.

Recently Shammi started a new premium subscription Netflix style service called Shammi Uncut which costs $3.99 per month or can be purchased as a 6 monthly subscription for $24.

Despite Shammi being based in Australia we were charged in USD, which makes the service around $5.50 AUD per month.

The Uncut platform offers exactly what it promises, providing uncut coverage of his parties, events and general life. You'll get exclusive footage that's too x-rated for Youtube and videos that will keep you entertained for hours.

Every week promises a new episode and at the time of joining there were 12 episodes. These range in length from 15 - 30 minutes, but I was begging for more!

Some episodes feature things such as Shammi getting baked in a luxury Gold Coast apartment, going on a pub crawl on some toy motorcycles, hosting an inflatable boxing ring party at his lavish GC waterfront villa, getting shot by a potato gun, and hosting the ultimate bucks party (XRATED).

Some videos include some of the Gold Coasts finest ladies with few clothes on, but most videos result in Shammi and his friends getting drunk doing beer bongs while taking excessive shots of Grey Goose Vodka.

Want my advice? Don't play truth or dare with Shammi.

2 months into the subscription was a Mercedes Giveaway where they gave away a brand new Mercedes A180 worth $62,000 to some dude in Sydney. Pretty crazy prize draw! 10 runners up each won $100 vouchers to Shammi's merchandise store, Makin Memories. 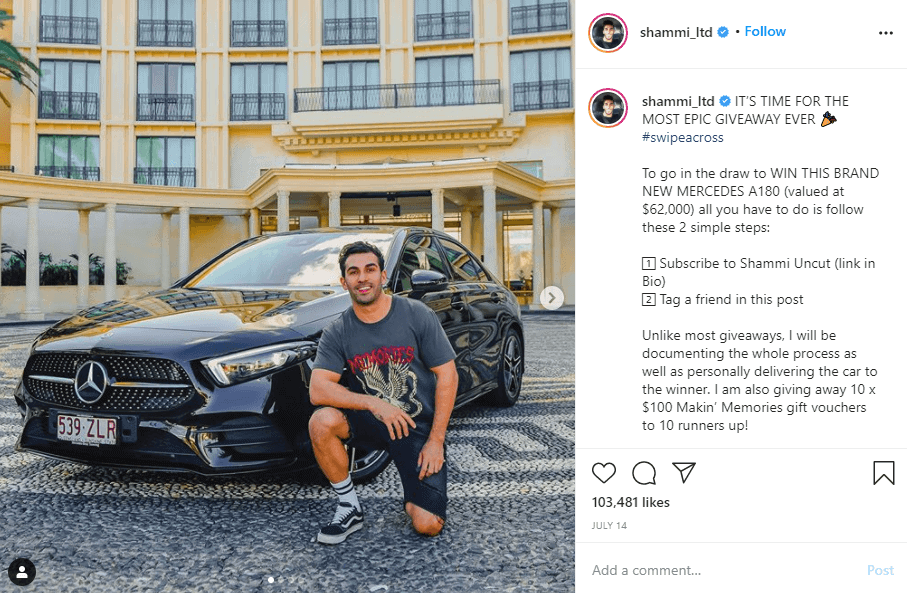 Imagine winning a $62k car by becoming a $3.99 per month member? That sure is a pretty unreal prize and Shammi says there's plenty more prize draws on the way, could they top that?

I was impressed with the content on offer, I'd like some longer videos and I'm sure most of the members would love some more videos with those girls! After watching a few videos, it appears Shammi's got them on his Insta story speed dial.

For the price, I'd say it's a great purchase. Thumbs up from us, Shammi!

Related Topics:Shammi Uncut
Up Next

9+ Best Mattresses In A Box For Aussies To Buy