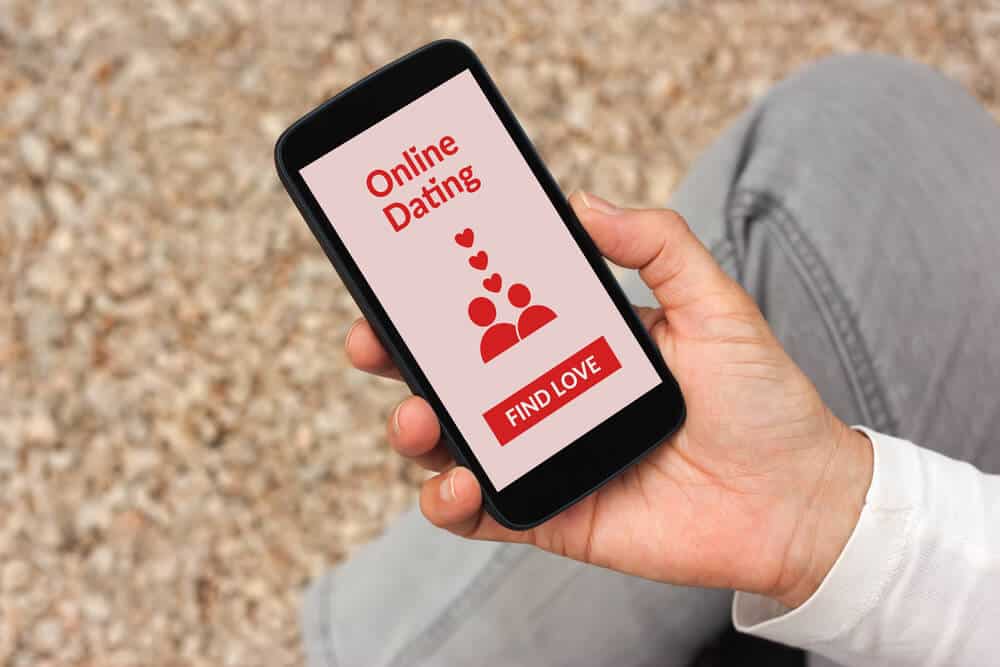 Being single in the digital age is often a difficult state to be in, with everyone boasting their relationships on social media, which is why you need the best Australian dating apps.

Being able to talk to other singles in your area with common interests, at anytime, anywhere, is a privilege only technology can provide.

Depending on what you're looking for, there are a wide range of dating apps to choose from, but to start off with, here are 5 of the best dating apps of 2020 for Australians. 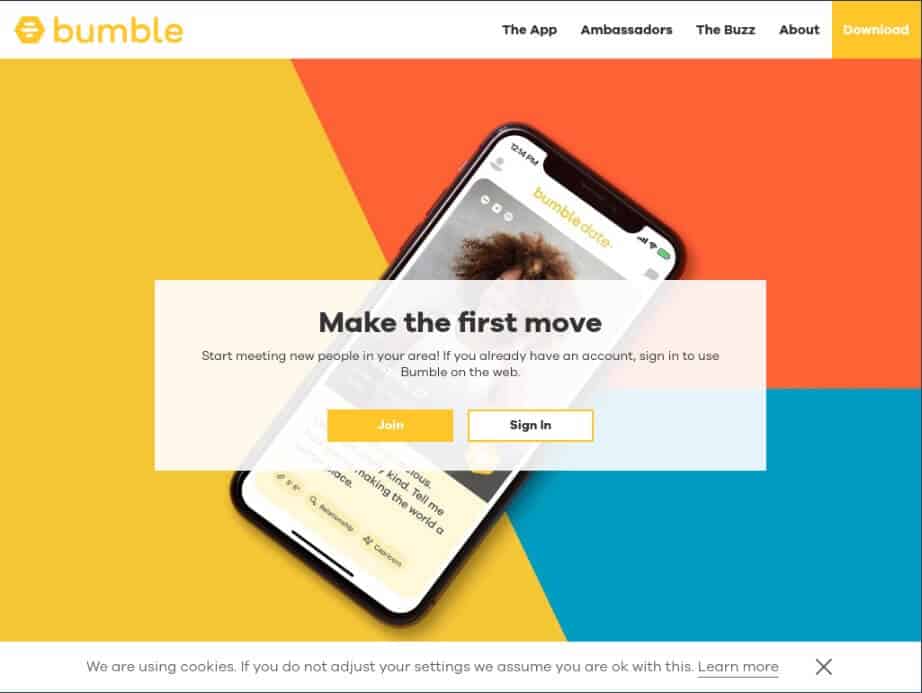 Bumble is a networking platform that started as a dating platform in 2007. While it still includes dating options, it has extended its services to cover friendships and business connections. It is completely online and offers an app for smart devices.

It provides a safe community that priorities kindness and respect in order for customers to create new and meaningful connections.

There is a travel feature that allows customers to connect with users worldwide before they have begun their travelling so that they can arrive at their destination having already made connections.

This allows for users to travel alone to new places knowing they have someone there they can rely on and connect with in person and will add to the excitement of the trip. Bumble is free but has premium features available for purchase.

These enhance the user experience and include Bumble Boost, which allows users to see who has swiped right on their profile, the ability to re-match with expired connections and extends matches for an extra 24 hours, and Bumble Coins, which allows users to send Super Swipes to make a strong first impression, or increase profile views by activating a feature called Spotlight. 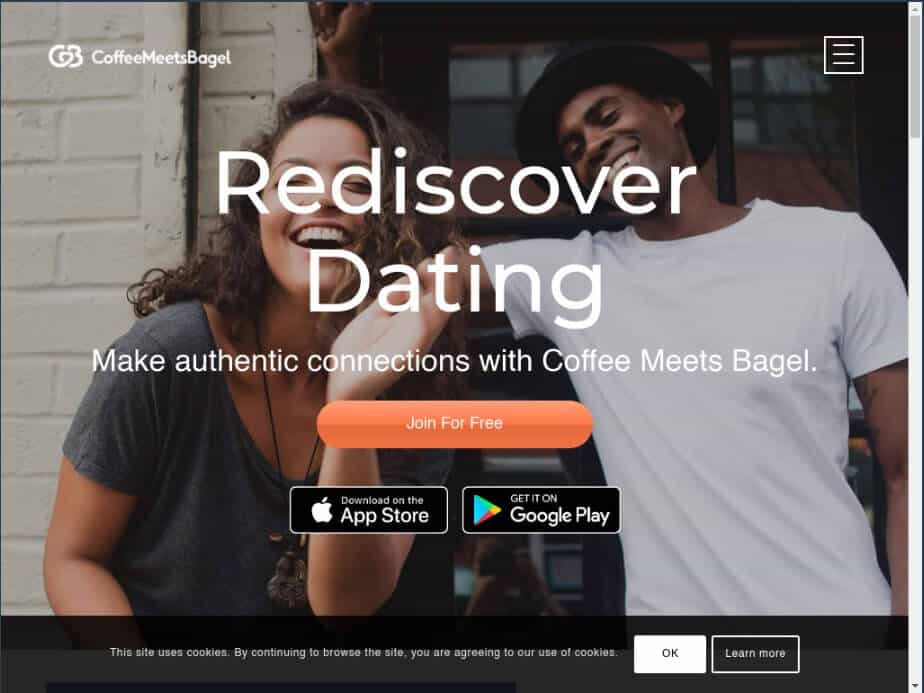 Coffee Meets Bagel is an online dating platform uses a smart algorithm to enhance the chance of compatibility of potential matches in order to create connections.

It can be accessed via website or app. The app is for anyone seeking genuine connections including LGBTQ+ users but has an age limit of 18+.

The algorithm uses account specific preferences and user activity such as who you pass on or who you like, as well as who is located close to you, and whether you fit other users’ preferences.

Profiles can be personalised to display an authentic version of yourself so that conversations can be deep from the start and small talk can be avoided. Other users can get to know the true you and enjoy what you have to offer from the get-go.

It is free to join and use the core apps such as liking/passing and messaging with potential matches however there is a paid section that allows access to features such as read receipts, activity reports on potential matches, 15% more beans on purchases in the bean shop, 8 free takes to like potential matches in the discover section, and unlimited ‘skip the lines’ which allow users to match up to 3x faster by skipping to the front of a potential match’s queue.

The in-app currency is known as beans and can be used to purchase these features or users can subscribe to unlock all features. 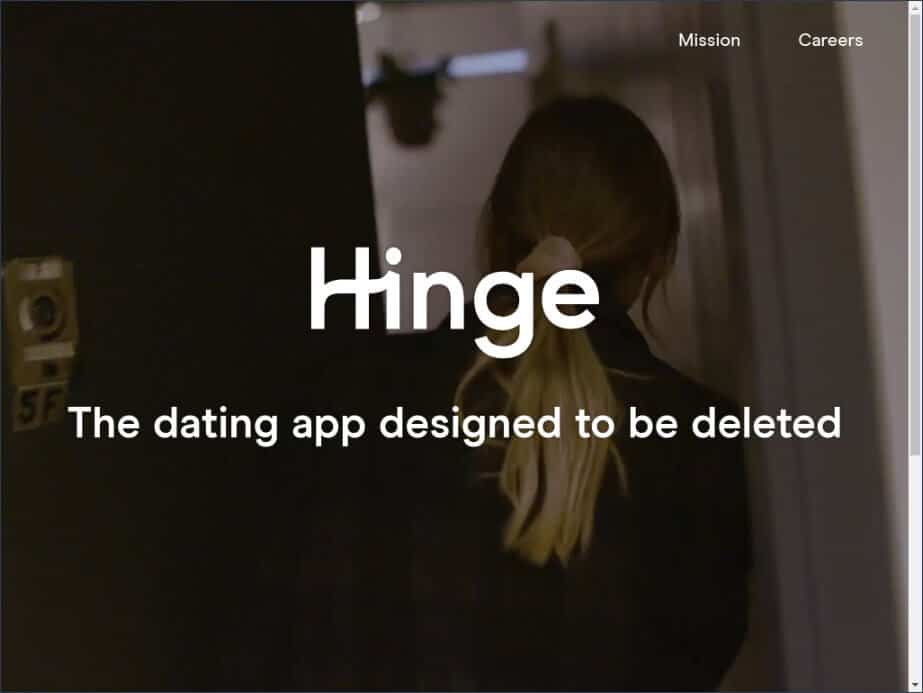 Hinge is a dating app that is designed to be deleted. This means that it aims to connect users who have the same goal of meeting someone who enables them to delete the dating app for good rather than just a hook-up followed by getting straight back on the app.

Dating preferences are taken into account when matches are being made in order to increase compatibility and the likelihood of a good connection. These preferences include religion, education, lifestyle habits, etc.

To activate your profile, users must answer three prompts which are refreshed each month. This keeps your profile up-to-date and matches you with those most likely to pike your interest. Matches are made using an algorithm that weeds out unsuitable candidates so that users can focus on less matches of a higher calibre and not feel overwhelmed.

Members are only able to send 10 likes a day which makes it more meaningful and special when you receive a like as well as when you give them out.

You’ve really got to think about whether you like the person or not! Users can see who’s interested in them and are nudged when it’s your turn to reply so you never miss a connection. 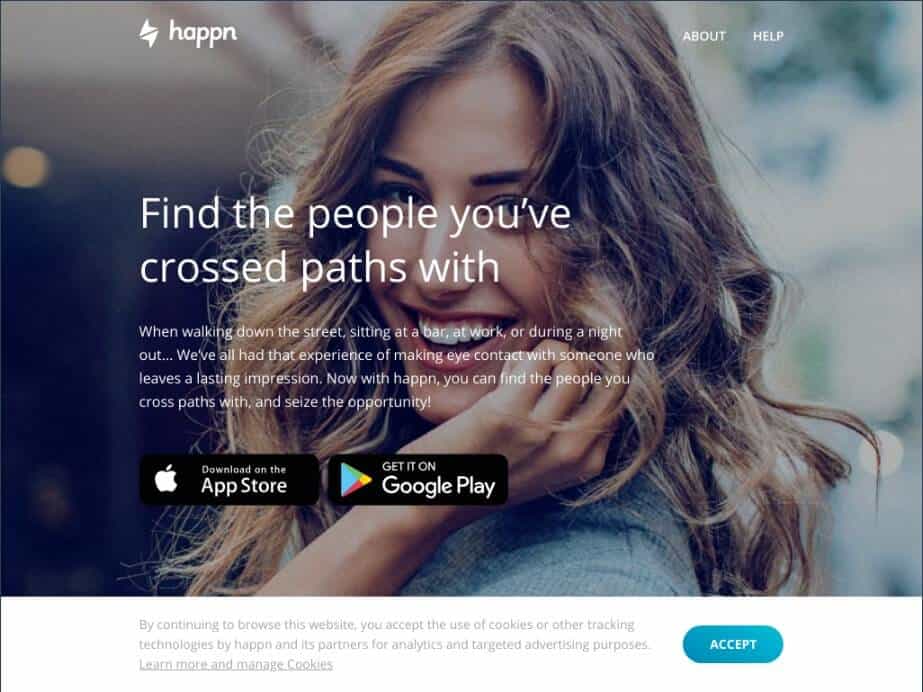 Happn is a dating app that enables users to connect with people they like who they have crossed paths with before and make meaningful connections with these people. It uses the opportunities that appear everyday to connect those seeking a relationship.

With a total of 70 million users, the likelihood is high that people you bump into on the street in your day-to-day life are also using the app. Over 1.5 million users join each month and 4.9 million messages are sent and received each day.

While using the app, if someone’s profile says ‘now’ on it, this means you are currently ‘crossing paths’ with them, or they are close by.

It uses your location to gauge this but for privacy reasons doesn’t detail the exact distances between users so your exact location is never disclosed.

You just have to find them! The app will continue to register encounters even if you do not have it open so you can look at them at any time and see who you were near!

The app is free to download and to create an account but has premium features accessible to those with a premium subscription.

These include no ads on the app and up to 10 hellos per day as well as a list of people who have liked you, the ability to be invisible and activate the mysterious crush mode, and the ability to play CrushTime twice as many times. 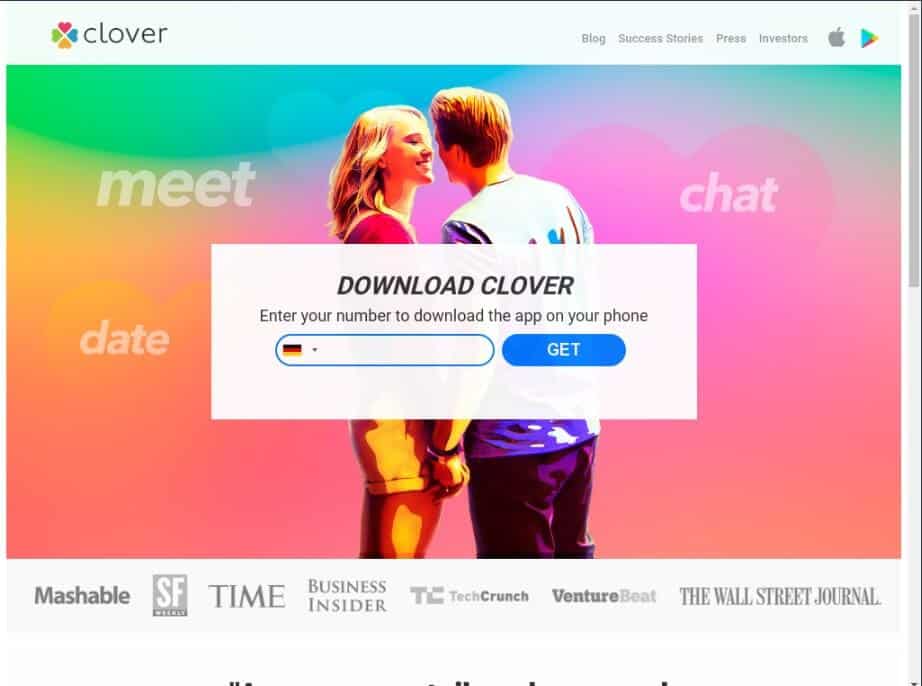 Clover is a dating app where singles can meet, chat and date in order to discover meaningful relationships. It is a quick way to meet new people by cutting to the chase of who is nearby and up for a date.

Users can view photos of singles located close to them and set up real dates as well as join live mixers to discover local events and online meetups.

It was created in 2014 and is able to be downloaded from the Apple iTunes store or the Google Play store on all compatible devices.

It is free to download, and most features are free to use however a premium clover subscription is on offer that can be purchased for 1, 3 or 6 months and comes with a 7-day free trial.

Premium features include advanced preferences filters, the ability to send chat messages first even if that user hasn’t liked you, seeing read receipts for when a user has read chat messages, sending pictures, videos and voice recordings via message, and free boosts that allow users to feature themselves in the strip at the top of the chat screen to be seen instantly and draw attention.

Users can dislike other users which will remove them permanently from search results, as well as use specific features such as age, gender and location to exclude users from contacting them.

There are many free dating apps out there. You can find these using the Apple or Play store. It's important to know there's lots of fake apps out there, promising millions of members.

You'll likely be communicating with bots, with one goal, getting you suckered in and signed up to a premium plan. These can be expensive and add up to large monthly fees.

We've looked at five of the best Australian dating apps. All of these companies offer free subscriptions. Often women can use the apps premium features for free or at a reduced rate. Men will have to pay a premium fee to get access to messaging or additional credits.

Ultimately free dating apps have to make money somehow. Either this is through the frequent advertisements that pop up, or through their endless up selling of premium memberships.

Generally you get what you pay for with free Australian dating apps and as you haven't paid for anything you can expect the service and number of users to be lacking.

Most dating apps offer some form of community for LGBTQ users and it's often an option during signup as to who you're looking for. Be sure to choose this during signup.

However, from the Australian dating apps we've looked at today, the number one app to checkout for LGBTQ is Coffee Meets Bagel. Hinge also offers a large community.

Another app to checkout, which is very popular with males is Adam4Adam. Scruff may have a reputation as a hook-up app but according to CEO Eric Silverbeg, 'Members all over the world have met their partners and husbands on SCRUFF.'

Others apps include Jack'd, Chappy, Her, Hornet, J Swipe, Feeld, The Legaue and Grindr.

What Is The Most Popular Dating App?

According to Australian research, the most popular dating app is Tinder. Bumble which we covered above was ranked a close second.

Tinder is notorious for being the hook-up app of choice, which is why we excluded to mention it in our list of the best dating apps in Australia. While many men and women have met their partners on Tinder, it's a well known fact that most people using the app are looking for one thing.

There's many more dating apps for finding love out there, than those pickup apps such as Tinder which have mixed reviews. Today we've looked at five of the very best dating apps to suit every interest. Most offer free accounts, with premium upgrades available for more functionality.