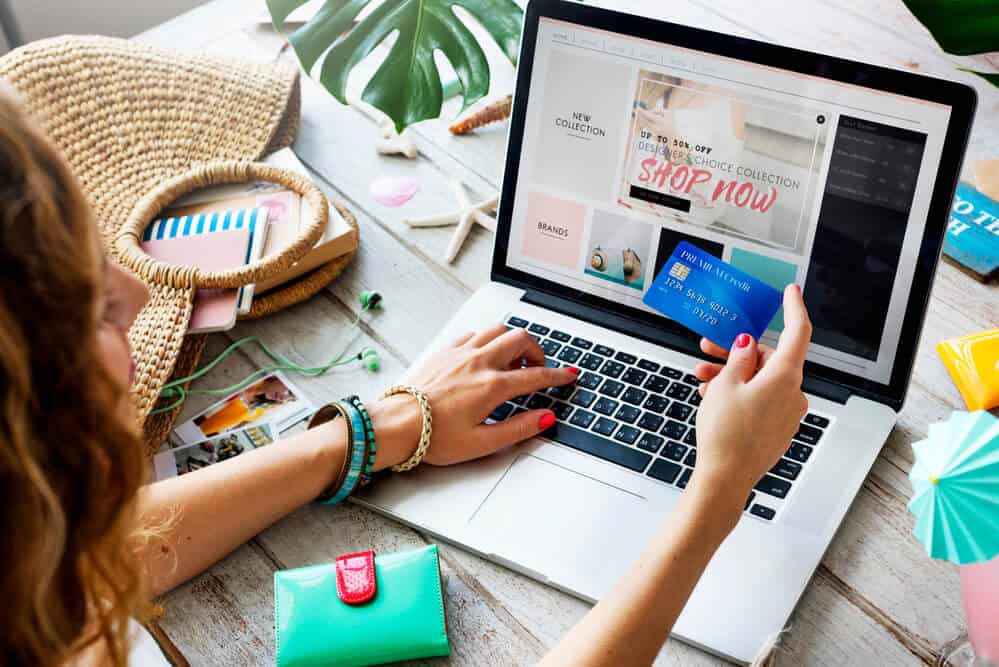 Buy now pay later companies are popping up all the time, offering an alternative to credit cards and bank loans which are notoriously difficult to get, especially for low income earners, sole-traders and those with a lack of credit history.

While the biggest player in the Australian market is well known, there are many other options out there. So today we'll look at the best Afterpay alternatives to consider using.

Buy now pay later companies make money from retailers who offer the service to their clients, as well as an administration fee on late or non payments.

Customers who pay on time, and repay the purchase price as agreed with have no additional fees other than the original payment amount + any processing fees charged.

Check the app for the full cost and repayment structure before buying your purchase. 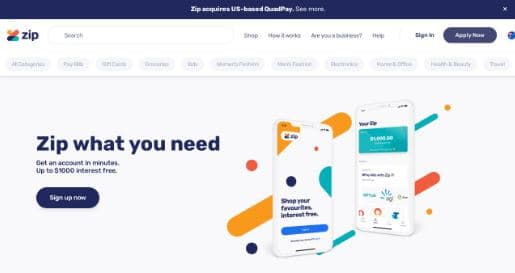 Zip has a service called zipPay that allows consumers to buy items immediately and pay later. Australian shoppers aged 18 and above can easily sign up for zipPay with a bank account and if approved, receive a $350, $500 or $1,000 spending credit.

Any store collaborating with Zip accepts zipPay as a payment method. There are interest-free payments that are then arranged weekly, fortnightly or monthly depending on what the user wants to pay.

A minimum of $40 each month needs to be contributed towards the current balance or else a $5 per month charge will be added.

There is also a monthly fee of $6 per month if a purchase has not been paid back in full after 60-day period. Many payment options are available as long as it is within 60 days.

Stores that have zipPay as a payment method include well-known retailers such as Amazon, K-Mart, Big W, Target and Office Works. This service works both instore and online with an app available on Apple and Android devices. 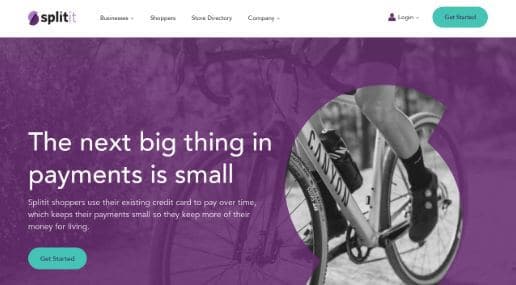 Splitit is a buy now, pay later service that utilises current Mastercard and Visa cards in order to make payments. When Splitit is chosen as a payment method, the company will look towards Visa or Mastercard for approval to place the purchase on the debit/credit card.

The shopper can decide the interest-free instalment plan. The amount decided upon is automatically deducted from the card per month. Making a purchase with a debit card has a $400 limit with 3 instalments maximum to repay it.

With a credit card, up to 36 instalments are available. Splitit also offers the option to use several cards for making contributions if there are insufficient funds in one.

Splitit does not require a credit check and only needs a valid Mastercard or Visa. Simply walk into a store that offers Splitit and buy items.

Only an email address is asked for when making a purchase, where login information will be given to monitor payments. Stores offering Splitit include Fashionette, Kogan and Nectar. 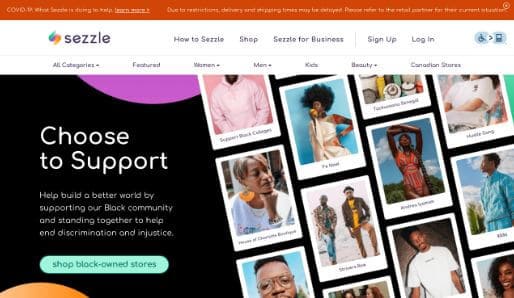 Sezzle is a buy now, pay later provider which works by curating 4 interest-free instalments over a 6-week period. A minimum of 25% is required when making a purchase and payments are taken from the bank account every fortnight.

There is a late fee of $10 for missed repayments. However, this provider allows rescheduling of instalments for free if done just once per order. After that limit has been reached, there is a $5 rescheduling charge.

Approval for choosing Sezzle as a payment method include being at least of adult age with proof available such as a license. Additionally, 25% of the total cost needs to be available and paid upfront. There is a limit of up to $2500 for first-time users. No credit checks are conducted.

Sezzle is fairly new to Australia and has a small collection of businesses signed up, however for those buying online there is a large number of US & CA retailers on board. 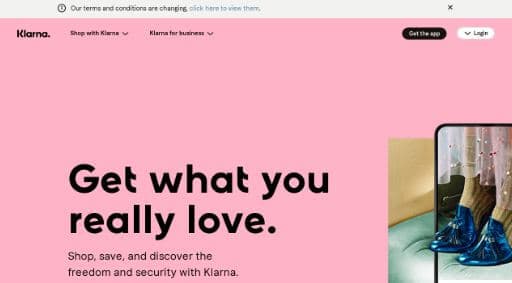 Klarna is accepted at several well-known establishments such as Sephora, Asos, Topshop and Kogan. This service allows consumers to shop online through the Klarna app, available on both iOS and Google Play.

A credit check is required for approval. There are 4 interest-free payments that must be made. The Klarna agreement states if no payments have been paid, there is a limit of $28 that can be charged for each purchase in late fees called snooze.

Klarna is associated with various well-known merchants. However, if a user wants to use Klarna as a payment method with another online retailer, that is still possible using a ghost card, also known as a one-time card where the consumer’s card will pay 25% of the costs immediately. 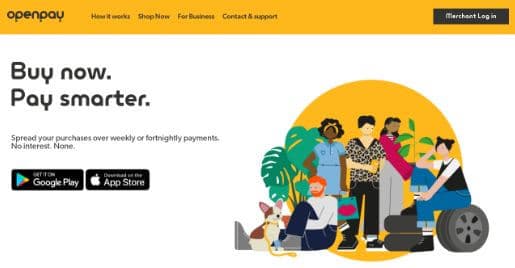 Openpay is a service that is available for instore and online use. Applications involve signing up on the app or instore with a valid Mastercard or Visa. Credit checks will be undertaken and a rejection or approval will be given immediately.

Credit limits will depend on each individual with increases available as time goes on. Shoppers can choose their own plans with long-term plans like 6, 12, 18- and 24-months options available. Weekly or fortnightly payments will automatically be taken out per the agreement.

With longer instalment plans, processing fees between $2.5-$3.95 will apply but no processing charges will be made for 2-month plans.

Late fees will be applied if an instalment has been delayed, with additional costs after 8 days. However, consumers can pay instalments earlier with no extra cost.

Majority of merchants with Openpay accept a minimum of 20% upfront payment of the total purchase. Openpay is widely available with retailers such as Bunnings Warehouse, Smiggle, Champion and Peter Alexander accepting this provider. 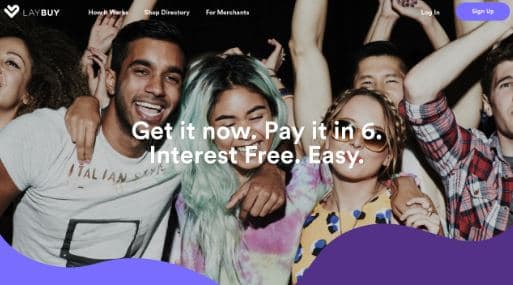 Laybuy allows consumers to purchase items immediately and pay in 6 instalments which are taken out weekly. Signing up for Laybuy involves a credit/debit card as well as a credit check which determines the credit limit.

There is an official Laybuy app, available on both iOS and Android devices where payments can be made and merchants are shown. Spending can also be monitored through the app.

There is a late fee of $10 for late instalments with another $10 charge 7 days afterwards if the amount has still not been paid. Payments cannot be rescheduled but users can pay early instalments, free of charge.

Laybuy is available for both in-store and online purchases. Any upfront payment that is deposited is considered an instalment with charges varying across retailers. Additionally, a minimum purchase may be imposed.

For example, using Laybuy at Target is only allowed with purchases $40 and above with a 10% deposit. Various stores such as JD Sports, Target and PrettyLittleThing accept Laybuy payments.