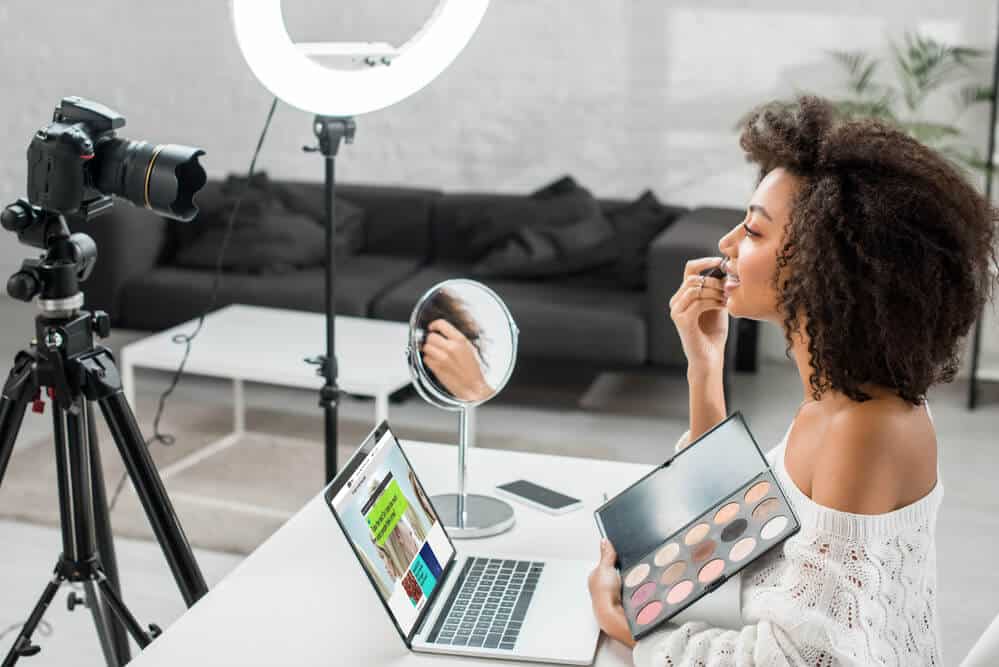 Want to use your DSLR as a webcam? Want to record your gaming sessions directly to Twitch or Youtube? Or simply want to record from your digital decoder to your laptop? You need a capture card and today we'll be looking at the best capture cards Australia has to offer.

Consoles such as the Playstation 4 and Xbox One can capture gameplay but the quality is lacking. Likewise you may want to do something more advanced such as using your expensive camera in place of your webcam or for live streaming a webinar.

A capture card is the only way to do this, and allows you to capture the highest frame rate and resolutions for amazing quality recordings. While you can definitely pickup a cheap capture card on eBay for under $25, those that want 4K content will need something more powerful.

Below we've looked at the 5 most common capture cards, but they won't all work the same way. Some require a PCI slot, while others are plug and play USB. You may also need an HDMI cable to connect your device to the capture card (i.e. mini HDMI to HDMI for your camera).

If you're using a laptop or games console, all the capture cards below will work with your device, so you'll be capturing content right away. 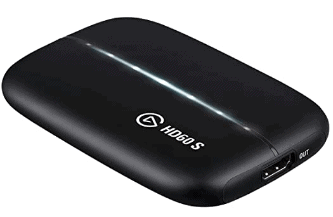 The HD60 S from Elgato is an essential product for any streamer. It allows you to stream at 1080p with 60FPS. This product prevents high latency for effective real-time gameplay thanks to Instant Gameview. It comes with automatic connection to livestreams via Twitch and YouTube.

This capture card is compatible with the latest Windows systems as well as MAC OS. It requires a PC with at least 4GB of RAM and Intel Core i5 CPU, and most modern macs will have no issue.

There are additional accessories included to connect to gaming consoles such as the PlayStation 4 and Xbox One. It is also compatible with the Nintendo Switch and Wii U.

The HD60 S has a USB 3.0 connection. There is access to Stream Command to adjust any streaming settings whether that be alerts or webcam placements.

The box comes with the HD60 S, HDMI and USB wires, an instruction manual and an adapter for connection to consoles. 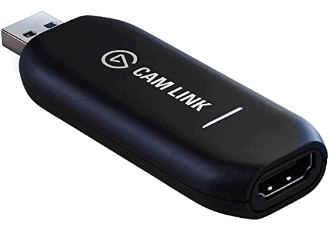 This product from Elgato allows you to stream in 1080p with 60FPS or 4K with 30FPS. It features a USB 3.0 interface which works with Elgatos’ low latency technology to deliver instant feedback.

This prevents lag and freezes during gameplay. It also stores footage onto the hard drive to save memory.

The Cam Link 4K is compatible with the latest versions of Windows and MacOS. It can be attached to either a regular camcorder or DSLR.

This product is great for streamers on platforms such as Twitch and YouTube. It can be used with Stream Command to add in special effects and control the layout during livestreams.

This is a user-friendly item which can be used instantly out of the box. Simply connect it to a camera and plug it into a PC for instant livestreaming.

The whole package comes with the Cam Link 4K, USB 3.0 cable and an instruction manual. 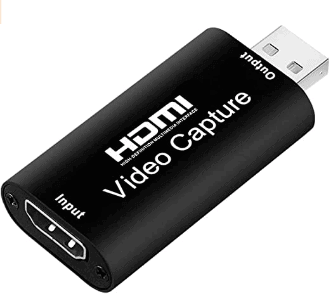 This product from Shenzhi Tech allows you to stream, set up meetings and record content. This makes it perfect for streamers or people who work from home. It can record in 1080 or 4K resolutions at 30Hz, ideal for most moderate games and content.

This item can be used for real-life streaming due to low latency. It is also suggested for those who regularly record content such as teachers, professors and office employees in general.

This product is incredibly compact and can be stored in any pencil case or pocket. There is no external battery and it requires constant connection to the devices connected. 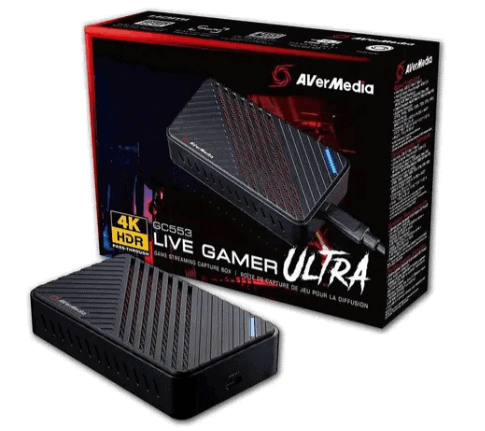 This product from AVerMedia is designed for both budding and professional gamers alike. It allows you to record content in 4K HDR at 30, 60 and 120 FPS. It is ideal for intense gameplay as it works a maximum refresh rate of 240Hz. There is little to no latency and lag for effective real-time feedback.

This capture card is fitted with a USB 3.1 interface and features an HDMI 2.0 input and output. It is only compatible with Window systems that have at least 4GB of RAM and Intel Core i5. For 4K HDR streaming, NVIDIA cards are required.

This product is compatible with PCs, laptops and gaming consoles. It is supported by a cooling fan which prevents overheating during 4K recordings.

This capture card is an essential product for streamers on platforms such as YouTube and Twitch. It is user-friendly and can be connected right out of the box for instant streaming. 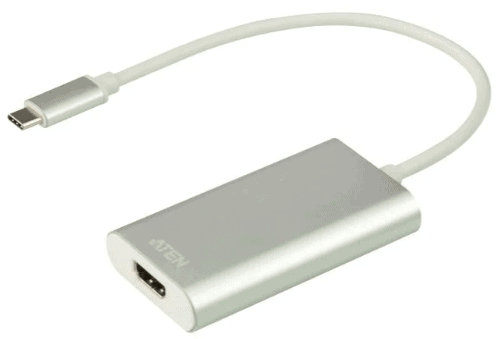 The Aten CamLive enables high-quality recording at 1080p with 60FPS, perfect for any streamer. It is compatible with apps such as Twitch, YouTube and OBS.

This product features a USB 3.1 Type-C interface and has integrated UVC and UAC systems. There is a standard HDMI input. It is compatible with both Windows and Mac OS systems. It requires a system with at least Intel i3 and 4GB of RAM.

The Aten CamLive supports plug and play, meaning you can stream right out of the box. There are video settings of 480p, 720p and 1080p.

This item allows you to transfer unencrypted videos from a DSLR or regular camera. Although it is primarily targeted at streamers, this product can also be employed by those who have virtual meetings and video conferences.

The Aten CamLive is made out of out aluminum housing. It comes with a USB-C to USB-A adapter and an instruction manual.

How much do capture cards cost?

You'll notice that capture cards are rather expensive, especially here in Australia. This is because the technology is difficult to replicate and brands such as Elgato have a market dominance in this space. You'll expect to pay at least $200 - $300 for an entry level capture card, with some models costing well into $400-$500.

For most consumers they can get away with a $200-$300 capture card, but for professionals and commercial use where quality is key, you may need to go for a top end model with multiple inputs, outputs and quality settings.

There's plenty of unbranded Chinese models floating around too, most commonly on eBay where you can pickup one for as low as $25. These are often only good for connecting a DSLR camera to your computer as a webcam, and may struggle to perform with game capture.

Should I buy a cheap capture card?

You can pickup Chinese unbranded versions on eBay for as low as $25 and for most people they do actually work. You will likely struggle to get anything higher than 1080P HD quality though despite them claiming to support 4K.

If you aren't sure whether your DSLR camera supports a capture card, buying a cheap capture card such as this can be a great way to save money. Why buy a $250+ device that may not work!

I've bought one of these cheap capture cards and they do actually work just as well, but quality is not the best, but at $25 it's worth it for most people looking to save money.

How to use a DSLR camera as a webcam?

Did you know that most DSLR cameras can be used as webcams by connecting an HDMI cable to the output on your camera and connecting this to a capture card such as those listed above.

You then install the capture card onto your laptop and you'll be able to select the camera as a webcam option on most major operating systems and apps such as Skype, Camtasia and Chrome based sites such as Facebook etc.

If you try and plug your camera into the laptop you may be able to get it working without a capture card such as using Canon's webcam utility software, but it's unlikely and you'll need the capture card to complete the link in the chain.

You've seen the top rated best capture cards Australia has to offer, why not checkout some of our other guides and articles related to this topic: