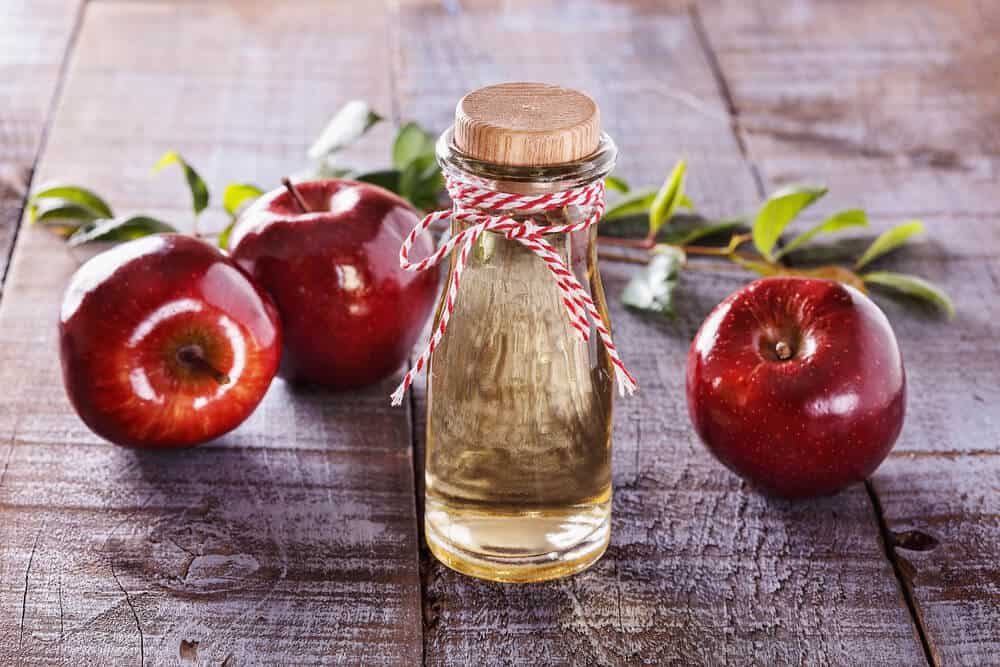 Today we're looking at the best apple cider vinegar supplements you can buy in Australia.

For decades now, apple cider vinegar (ACV for short) has been known to help with digestion, our internal immune system, metabolism, high blood pressure, cholesterol, blood sugar levels and obesity. But still, not that many people actually use this supplement.

Most people can't stand the smell of vinegar, let alone the thought of drinking it! Therefore many brands have created tablets, pills and gummies that allow you to swallow the goodness of apple cider vinegar without the smell or taste!

You can buy a pack off the shelve and quickly introduce this to your diet, taking some ACV before a meal once or twice a day. With a range of different brands out there, pricing can be as expensive or budget friendly as you like.

We checkout some of the most reviewed and popular products in the Australian market. 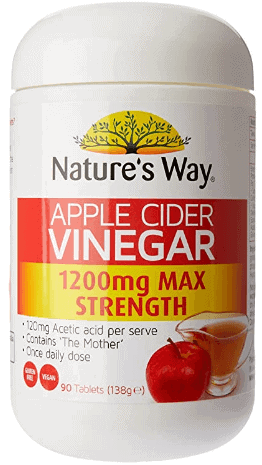 Taking an apple cider vinegar tablet from Nature’s Way brings along many benefits such as maintaining stable blood glucose levels and aiding digestion.

Acetic acid is the main ingredient in apple cider vinegar responsible for these benefits. Taking this supplement can also help you in your weight loss journey.

One tablet is filled with 1,200mg of dried apple cider vinegar and is the same as drinking 15ml of the liquid product. To top it off, the ingredients are gluten free and suitable for both vegetarians and vegans.

For people who enjoy the benefits of apple cider vinegar but don’t want to deal with the strong taste and smell, these tablets are a great option.

The recommended intake is one tablet a day for adults. This supplement should not be ingested by those under 15 years of age, as well as pregnant women. These supplements from Goli Nutrition are a great alternative to ingesting liquid apple cider vinegar. These Goli Gummies are made up of delicious and healthy ingredients fruits like pomegranates, apples and beetroots.

There is also vitamin B9, B12 and citric acid added in as well. All these ingredients combined with apple cider vinegar help to improve digestion, clear up acne and build a stronger immune system.

These benefits can be experienced by everyone due to the gluten free, gelatin free and vegan formula.

Goli Gummies provide a delicious way of getting in vitamins without having to experience the strong taste of liquid apple cider vinegar.

Additionally, taking 2 gummies is the equivalent of taking 1 shot of apple cider vinegar. It is recommended only for adults, with a suggested serving of 2-3 gummies a day. 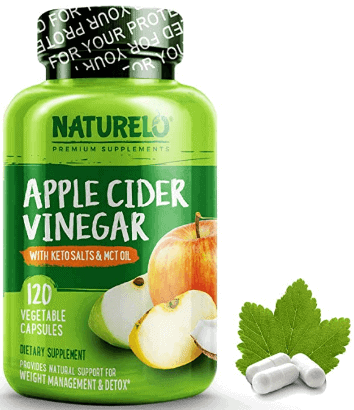 For those who are health conscious, the NATURELO Apple Cider Vinegar Capsules are vegan friendly, gluten free, non-GMO and contains no preservatives.

These supplements offer the same value as taking a shot of liquid apple cider vinegar but without taking in the unpleasant taste and smell.

The many benefits of this product include fat loss, improved digestion, more energy and faster metabolism. It is recommended to be taken alongside a typical keto diet or those looking to lose weight.

Adults should ingest 2 capsules a day with food and water.

Take a shot of Bragg Organic Raw-Unfiltered Apple Cider Vinegar is the most authentic way of receiving vitamins and enzymes. The list of benefits from taking liquid apple cider vinegar is extremely long and includes a stronger immune system, easier digestion and clearer skin.

This product contains enzymes and potassium to help maintain a strong physical body as well. The unfiltered quality ensures that you are getting the most out of this liquid.

Besides simply taking a shot of this apple cider vinegar, it can be poured on salads and other foods to add a little kick. This is recommended for those who cannot tolerate the pungent flavour and smell.

Additionally, it can also be mixed with other drinks. Whatever way this product is consumed, it is sure to help aid digestion and improve overall health. 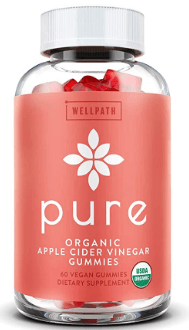 Taking these supplements can help boost metabolism, cleanse the body of toxins, alleviate bloating and build a stronger immune system. The formula is also suitable for those following a vegan diet as there are no animal products included.

Similarly, those who are gluten intolerant and cannot ingest gelatin can also try out these gummies.
Each serving is filled with 500mg of apple cider vinegar. This amount is comparable to apple cider vinegar supplements in capsule form.

These gummies from WellPath are only suggested for usage by adults. It is recommended that 2 are taken a day. Those who are pregnant or have any other medical conditions should seek professional advice before taking these supplements. 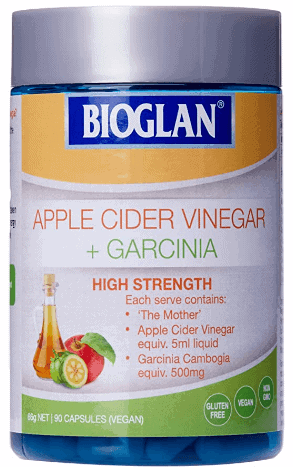 Taking a Bioglan Apple Cider Vinegar + Garcinia capsule is about the same as swallowing 5ml of the liquid version. However, the advantage is that you don’t have to deal with the unpleasant smell and taste that comes along with it.

Taking these supplements can lead to improved digestion, healthier skin, bloating relief and other advantages. Each capsule contains 500mg of apple cider vinegar, which is around the same to other pills and gummies.

Overall, the ingredients help to build a stronger immune system to fight off infections.
This product is suggested for people on a weight loss journey. It can be taken alongside the Bioglan NutriSlim Low Sugar Shakes to maximise benefits.

The recommended serving is 1 capsule before each meal, for a maximum of 3 in a day. 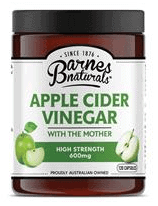 The formula in Barnes Naturals Apple Cider Capsules is vegan, GMO-free and contains no preservatives for a truly natural supplement.

Each capsule contains 600mg of apple cider vinegar and has the same benefits of ingesting the liquid, but without having to endure the unpleasant smell and taste.

The high strength of each capsule also ensures that you receive the necessary nutrients that is required throughout a usual day. Additionally, it enables both physical and mental well-being.
These capsules are a convenient and delicious way of taking in nutrients.

It is recommended that up to 3 capsules are ingested a day for maximum benefits.

How to choose the best apple cider vinegar?

You'll want to consider a few things including style of supplement, brand name and price.

Some people can easily digest apple cider vinegar in it's pure form, liquid. Me personally, the closest taste is Tequilla and that's not a fan favourite.

Other options include tablets, and here you've either got the traditional tablets that still have a distinctive taste, or capsules which have no taste and are similar to a panadol.

Additionally there are now gummies which were originally launched by a brand called Goli and seem to have been copied by numerous other brands.

Some people prefer to purchase a specific brand, either as they've used them before for other supplements or they've been recommended them by someone else. There's many brands that offer apple cider vinegar supplements.

Some of the most popular brands include:

How much should you be paying for your apple vinegar supplements? Well this is entirely up to you, some brands are more premium than others, and places such as Amazon.com.au and ChemistWarehouse may discount the products a lot further than your local pharmacy.

Personally I am a huge fan of the tablets. I think the gummies are nice but there's a temptation to eat far too many! One tablet such as Nature's Way MAX tablets, offers over 1,200mg from one tablet and can be had before a meal. While some people prefer the liquid form, for me I have to pass on this as the taste is vulgar.

You've seen our top picks for the best apple cider vinegar Australia has to offer, why not checkout our other health related articles: