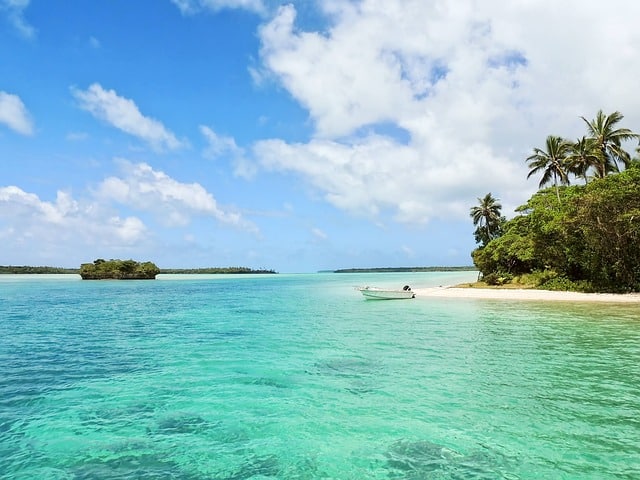 Do you know what the most remote inhabited islands in the world are? If not today we'll show you them all, identified by the distance of isolation from the next big airport.

So pack your bags, take your favourite travel pillow, your camera and book your flights and start exploring some of the world's most remove islands.

The fifth most inhabited island and arguably one of the most intriguing is Easter Island. Known for its almost 1000 monolithic moai (human statues), the monumental statues which averages at 13 feet high, have been carved by the Rapa Nui people.

The Rapa Nui were the indigenous Polynesian occupants of Easter Island. Easter Island is believed to have been occupied as early as 1200 AD.

The island derives its name from Dutch explorer, Roggeveen who is believed to have discovered the island on Easter Sunday in 1722.

One of its neighbouring islands is the Pitcairn Island, located about 1000 miles away. The majority of the moai statues which survived hundreds of centuries were cleverly carved using hardened volcanic ash found alongside Rano Raraku, an extinct volcano.

Although Easter Island was reportedly home to more than 17,000 inhabitants, today, the island is only occupied by 7750 people.

You can fly direct from Santiago in Chile with a direct flight taking 3-4 hours.

An island located in the Indian Ocean, Cocos (Keeling) Island is mainly home to a group of people called Coco Malays.

Although the island was discovered in 1609 by a British sea captain, William Keeling, it was only in the 19th century that the island became inhabited.

The island’s unique name is attributed to the abundance of coconut trees on the island, which is implied by Coco, and Keeling refers to the island’s discoverer, William Keeling.

Cocos Island experiences moderately pleasant weather whilst tropical cyclones do occur at times. Cocos Island is connected to one of the most historical happenings in the world, World War I.

In 1914, one of the first naval battles of World War I ensued, the Battle of Cocos.

Today, the island boasts a modest economy with a focus on water and nature activities and features medical clinics for its nearly 600 inhabitants.

Regular flights depart from Perth to Cocos via Christmas Island or direct. You'll need an Australian visa to visit and they use the Australian Dollar. It takes 3-4 hours from Perth direct.

A group of islands situated in the Antarctic, Kerguelen Islands, is known for its harsh climate and is more commonly termed the Desolation Islands.

These islands are considered to be one of the most remote islands on Earth as it is located about 2000 miles from civilisation. Interestingly, there are no actual inhabitants on this island.

Instead, it is occupied by up to 100 French scientists, researchers, and engineers throughout the year. As there is no transportation constructed on the island, all travelling to and from the island takes place by ship.

The Kerguelen Islands was initially discovered in 1772 by French navigator, Yves-Joseph de Kerguelen-Trémarec. Shortly after the island’s discovery, Kerguelen Islands were frequented by British, American, and Norwegian whalers and sealers between 1781 to 1922.

Today, the island is known as a research hub, with a scientific base located on La Grande Terre, called Port-aux-Français.

An island in the Southern Indian Ocean, Amsterdam Island, is named after a cruise ship, Nieuw Amsterdam. While on his navigation of the world, Spanish explorer, Juan Sebastián de Elcano, discovered Amsterdam Island in 1522.

The island was later inhabited by sealers between 1789 and 1876. Interestingly, Amsterdam Island is of volcanic origin with its last erupted volcano in 1792.

Although the island has very little inhabitants of approximately 28 people, it is home to unique vegetation and endemic birds.

Phylica arborea trees, which are distinct small shrub trees, can be found on Amsterdam island.

The island is also home to Amsterdam albatross. Other species that can be found on the island include the western rockhopper penguin and the Antarctic tern. Amsterdam Island is known for its rare bird species, most of which are not found anywhere else in the world.

Located about 5,200km from the coast of New Zealand, Pitcairn Islands is considered to be the most remote island in the whole world.

If you stumble across this virtually uninhabited island by boat or infrequent flight from New Zealand, you’ll find picturesque oceans, lush greenery, and flourishing marine life.

The Pitcairn Islands boasts unique birds who fly around the island, protecting all of its vastly unexplored beauty.

The Pitcairn Islands is the term that refers to a group of volcanic islands in the Pacific Ocean and one of its four islands.

Originally inhabited by mutineers from the Royal Navy ship in 1790, called the Bounty. The mutineers included an ethnic group of Tahiti men and women.

Together, they settled on Pitcairn Island and survived for many centuries.

Although there were scarce resources on the island, the islanders survived through inter-trade between their neighbouring islands.